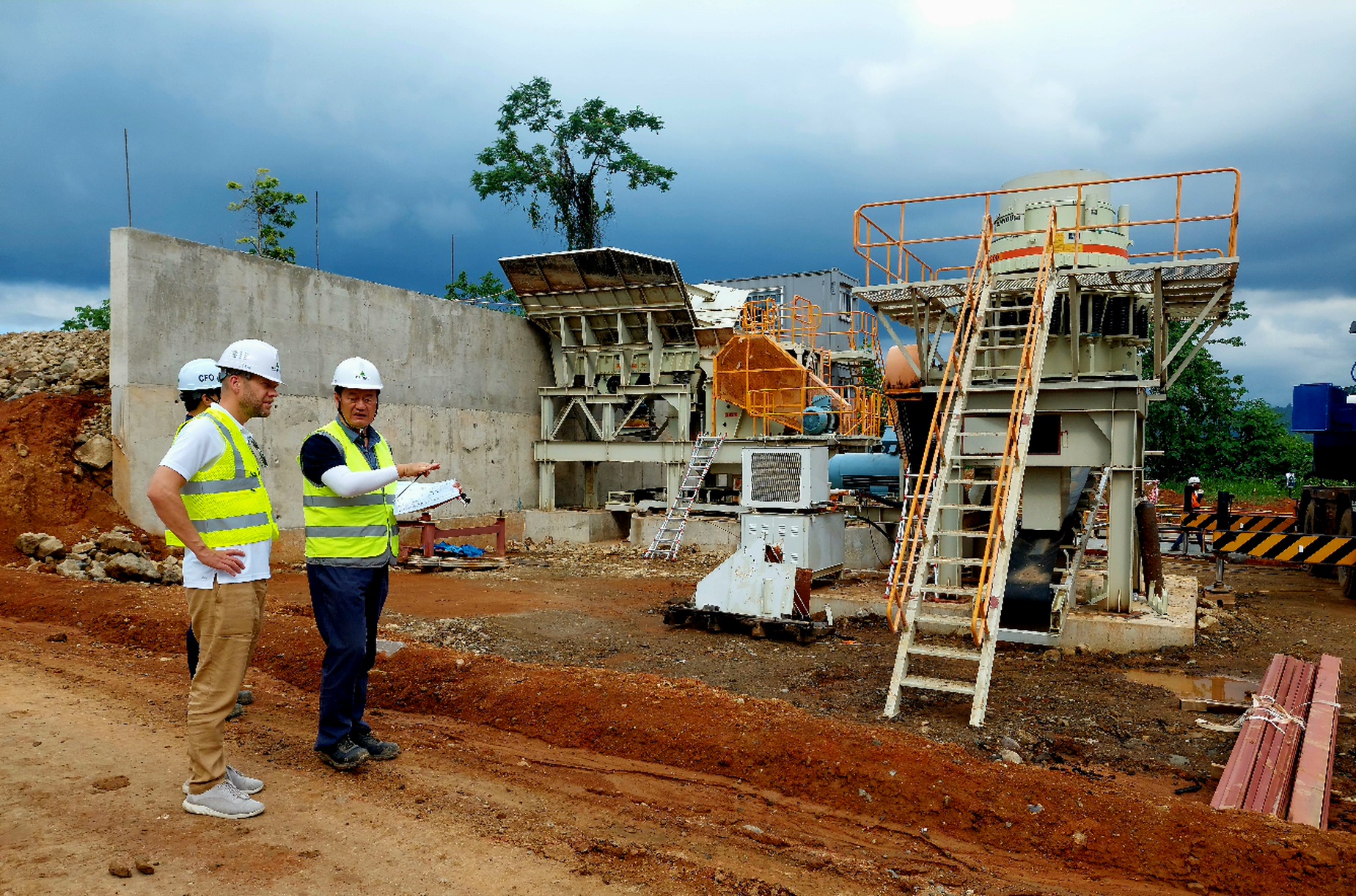 Mr Per Linnér  listens as the HEC Project Manager, Moon Eui Man explains the work that is done on site, including the assembling of the Crusher Plant.

The Deputy Head of Mission (DHOM) to the Embassy of Sweden in Canberra, Australia, Mr Per Linnér praised the work currently being completed on the Tina River Hydropower Development Project (TRHDP) during a site visit this week.

Mr Linnér who left Honiara today was on a 5-day trip to the Solomon Islands, holding talks with Government officials and visiting projects financed by Sweden.

He is the first Swedish government representative from the Embassy in Canberra to visit the Tina Hydropower Project. As Tina is partly financed by the Green Climate Fund (GCF), of which Sweden is one of the largest donors to, Mr Linnér was interested to see the progress.

In a brief meeting at the HEC Camp site, Mr Linnér said it was good to be present and see the progressive work that is happening at the project first-hand. “I know that this project is important for the Solomon Islands, so it’s good to be here and learn more about the work in progress.” 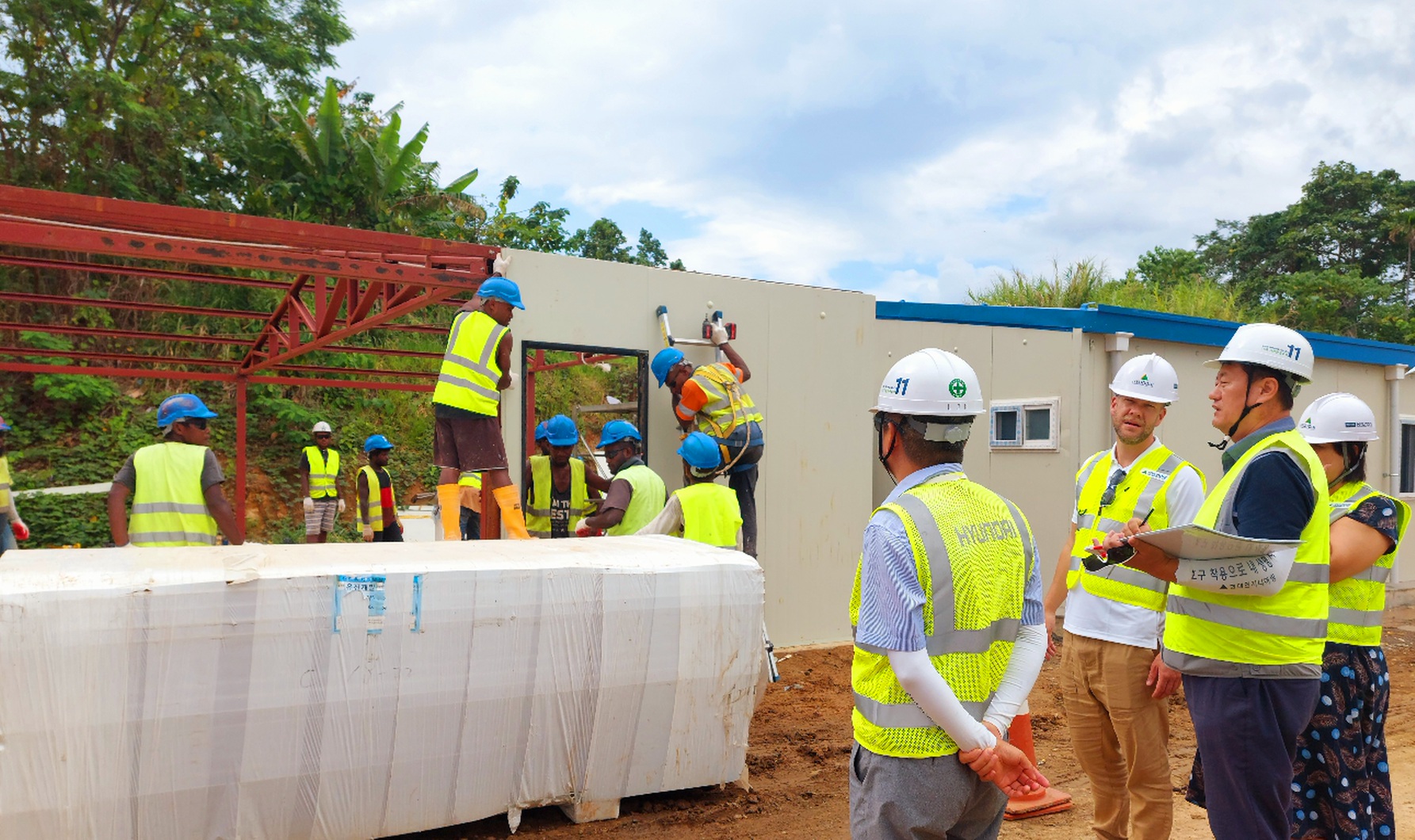 The Deputy Head of Mission (DHOM) to the Embassy of Sweden in Canberra, Australia, Mr Per Linnér, far right listens to the Project Manager of HEC, Mr Moon Eui Man (with files in-hand) as he explains the current construction of a temporary facility at the office site.

During the meeting, the Chief Executive Officer (CEO) of THL, Mr Yong Hoon Chang, gave the visiting diplomat an overview of the work happening at the Tina River Hydro Project site.

“At the moment, there’s progress being made on site including the construction of the Lot 2 and 3 access roads, some temporary facilities such as the office site, and the assembling of two construction plants – the concrete plant and the crusher plant.” 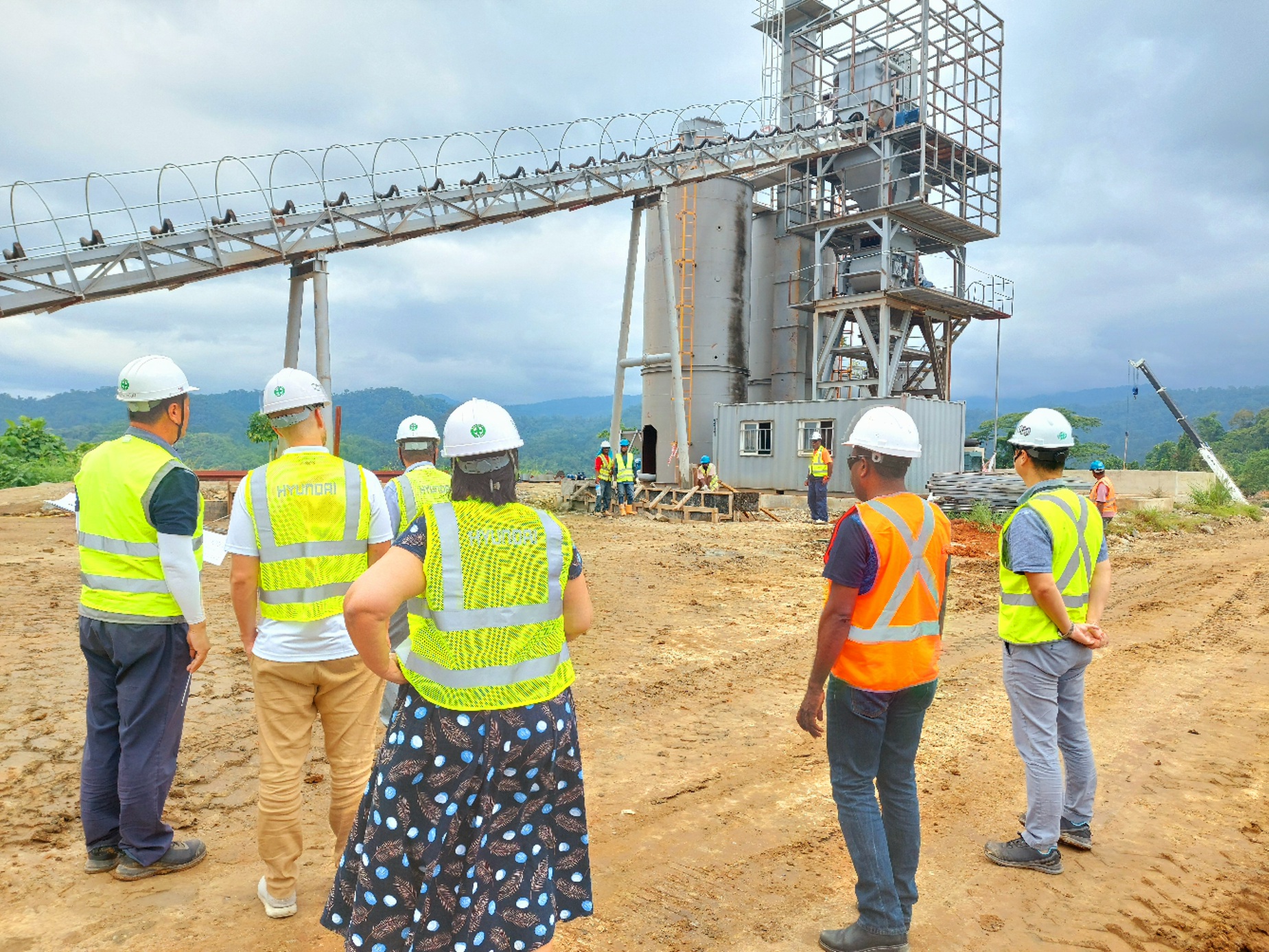 Mr Moon enlightens Mr Per Linnér of the construction work in setting up the concrete plant, while Sweden’s Honorary Consul in Solomon Islands, Jessica Bradford and Deputy Project Manager of TRHDP Project Office, Fred Conning (in orange-vest) and other officials looks on.

Mr Linnér toured the construction of the temporary facilities as well as travelling further up to the Magazine site, where explosives for the actual construction stage will be stored.

Following the site visit, Mr Linnér said he was quite impressed to see how much was happening on the ground, especially with funds that Sweden is co-financing through multilateral channels.

“This Hydropower Project will definitely be a game-changer for Guadalcanal and Solomon Islands,” he said.